Some things are just meant to be.

Dave and Linda had been house hunting for awhile and nothing on the market was the right fit. The two of them took a drive one day and there it was: one of the older homes in Elm Grove, a Tudor built in 1930 by Milwaukee furrier (aka the “Raccoon King”), Al Morawetz. They both loved the roofline and the stonework and knew this was the house they’d been looking for.

Except it wasn’t for sale.

They mentioned the house to their realtor, who remembered it being on the market the previous year. It turned out the owners were still interested in selling and Dave & Linda happily became the new owners.

So much of the original detail was there—intricate stonework, arched doorways, and a 400-year-old hand carved fireplace mantel that had been brought over from England. As Dave and Linda learned later, the stonework had been crafted by an English stonemason who lived in the Pfister for two years while he completed the project. His work was so exquisite that—decades and decades later—his work brought tears to the eyes of an appraiser. 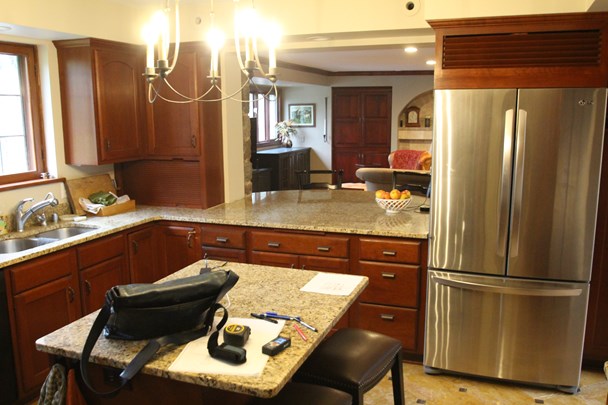 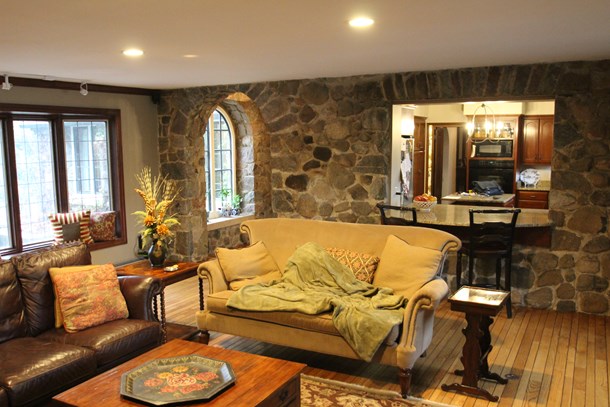 Some renovations had been done to the house over the years, but the work didn’t use the space well or reflect the craftsmanship of the home. The flooring was mismatched in each room and the kitchen layout didn’t lend itself well for entertaining. Although Dave had done a prior home renovation himself, he knew this special home merited a highly skilled company who could deliver lasting work.

Linda and Dave felt as if they had been entrusted with this special home and wanted to steward it well. Three years passed, and the couple compiled ideas to tie functional design in with the architecture. They wanted to work with a highly creative team—people who were able to set realistic timelines and budgets. They began their research and met with several contractors. When they met the Refined Renovations team, they noted how they collaborated with their ideas—and even made their ideas better—with expertise and insight for layout, scale, and function. The Refined Renovations team established the budget for each phase and the timeline for the renovation.

Linda and Dave felt confident that their home would be in good hands. 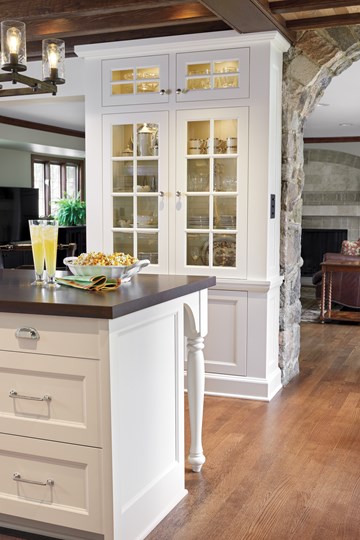 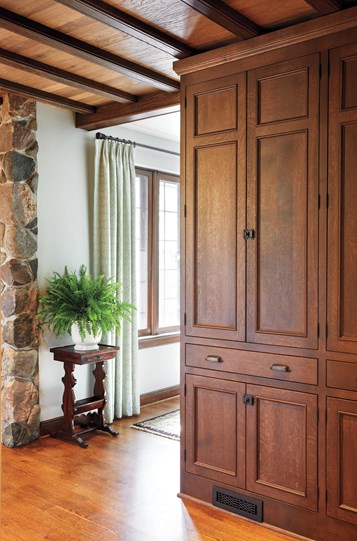 The renovation began—and that’s when they discovered their home had been built like a fortress.

There was concrete underneath all the wood floors, which made it difficult to drill holes for the gas and plumbing lines. The home’s stone walls presented a challenge to vent the stove, so the crew built another support. The team thought of smart solutions to work around the unique challenges of this home.

From their previous DIY renovation, Linda and Dave were accustomed to non-returned calls and being low on the priority list. In the past, they had to beg workers to show up and there was always a mess when they left. But their experience with this team was exceptional: the crew showed up Monday-Friday with regular hours and cleaned up the mess every single day. What’s more, the skill of the crew was highly impressive. In the words of Dave & Linda, you’re basically living with the team for months, so you’d better like them. (And they did.)

During the selection process, the design team listened to their input, presented great options and made the big decisions more manageable. The team guided the couple through the selections and took note of their keen eye for design. The R|R team also had expertise in each of the finishes—they knew each product well and could tell them how it would perform over time. It was the design team's idea to do a darker grout between the white backsplash tiles and it’s still one of the couple's favorite details in the kitchen. 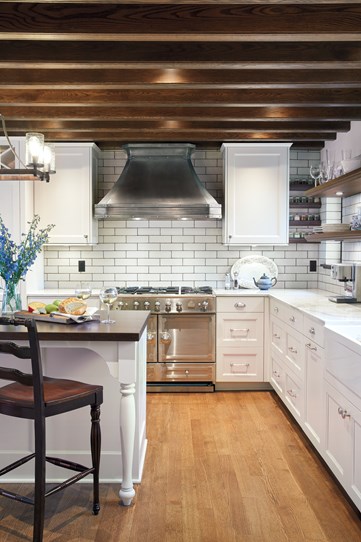 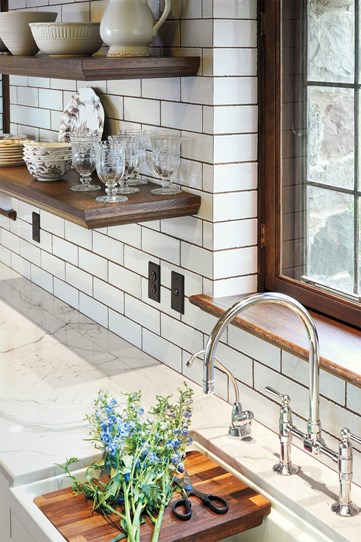 With any renovation, there’s going to be some changes along the way and Linda and Dave were no exception. They changed their minds about the kitchen ceiling among other things, but the team was responsive to their input. The couple is grateful for how well their old house marries the new design. It exceeded every expectation they had for artistry, function and style.

The kitchen now feels like it was always meant to be this way, which is just what this couple was hoping for. And perhaps, decades from now, the artistry and craftsmanship will bring a tear to someone’s eye. 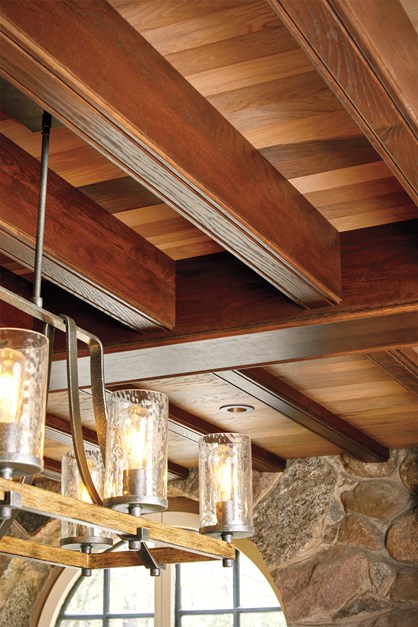